I’m a New York City native who earned a degree in philosophy from Brown University in 2005, only to discover upon graduation that there weren’t many philosophy companies hiring.

I returned to New York and soon landed a job as Associate Editor at YRB Magazine, where I wrote and edited culture, music and entertainment features, and deluded myself into thinking that anyone had ever heard of YRB Magazine.

In 2007 I made the switch from print to digital, becoming the Nightlife Editor at Citysearch New York, then owned by Barry Diller’s IAC. I was eventually promoted to Senior Editor, where I ran the local site and managed a team of editors (including the incomparable, dearly departed Josh Ozersky, founding editor of Grub Street, from whom I learned everything there is to know about meat).

Citysearch suspended operations in 2010, and I spent the next two years freelancing for a variety of outlets like Time Out New York, American Express Publishing and others. I also took a few comedy writing classes, and began submitting jokes to some of the late night shows. 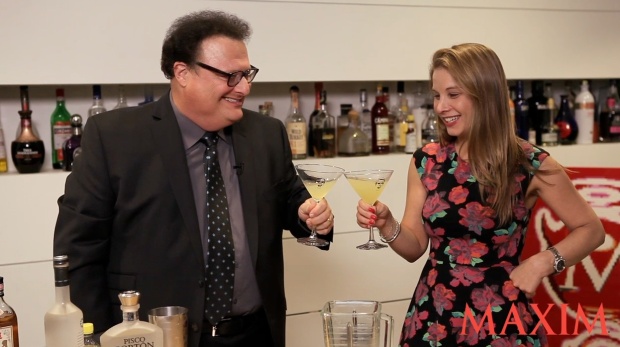 By 2012 it was time to return to a staff job, and I accepted one at Conde Nast, working as Web Editor at Details Magazine. Later that year, I hopped over to Maxim.com, where I spent two years as a senior editor. There, I got to do very Maxim-esque things, like make cocktails with Newman from Seinfeld and go to Dublin for St Patrick’s Day.

In 2014 I transitioned to women’s media, starting a three-year stint at Refinery29. In my role as Living Director, I oversaw the food, travel, weddings, home and tech verticals. You can read some of my R29 stories here.

In 2017, I left Refinery29 for SheKnows Media, where I am currently Editor in Chief of SheKnows.com and STYLECASTER.com.