Maxim and Guinness sent me to Dublin for St. Patrick’s Day, and all I brought back was this epic hangover. Oh, and I also met the President of Ireland, and took a picture of the toilets in the White House, obviously. Read the story on Maxim.com.

What is this, communist China? Can't a girl get a few hours of sleep during the work day?

OK, OK. Everyone shut-up. This is important. It’s a new product designed by Kawamura Ganjavian, and it’s described as the “pocket pillow for nap.” The concept is fairly straightforward: Simply shove your head into this weird face-and-hand Snuggie and lay down on your desk during an important meeting. Then wait for the bonus dollars to roll on in. Oh, and when you’re not using it for mid-day naps, it could easily double as an oversized onesie for that baby the government is about to take away from you for, you know, being batshit crazy.

I need a vacation! (Image via Julia Tarquinio)

If you don’t have a job, here are some things you should never say out loud–particularly if you’re collecting unemployment insurance.

“I prefer the cafe at Bergdorf’s.”

“I drank too much Champagne last night.”

“I’d like to use these food stamps to buy that caviar.”

“I can’t decide between Shiatsu and deep tissue.”

Seth Meyers was pushing for me. Or whatever.

Each fall, before the start of a new television season, Saturday Night Live accepts submissions from comedy writers looking to write jokes on a freelance basis for Weekend Update. To my knowledge, pretty much anyone can apply; the only prerequisite is that you know who to contact in the writer’s room. They generally respond to every inquiry, and the guidelines are fairly straightforward:

We would like you to write a total of 10 jokes based on news stories the occurred between September 6th and September 15, 2011. We are interested in seeing how you write for current events. We do not want old material. Also, please do not submit more than 10 jokes. To help you, I am enclosing a couple of pages of set-ups. You are not limited to the stories from these set-ups, but any stories you use must have occurred during the stated time period.

We are looking for solid, traditional monologue jokes. I.E. Two line jokes. Set-up followed by a punchline. We do not want Daily Show style rants. Please do not send in bits, shorts sketches, or anything involving other cast members. Do not submit jokes with multiple punchlines. They will count as separate jokes.

If you are accepted, there’s no guarantee that anything you write will ever make it to air. In fact, there’s a strong possibility that it won’t. But you still get to say you’re a freelance joke-writer at SNL, and that plays better on a résumé than “dog walker.” I have no idea of how many people typically apply, and even less of an idea of how many are accepted. I wasn’t. In fact, I was rejected in record time, just hours after emailing my submission. So, just in case you’re wondering what not to do, here are a few of the jokes that didn’t get me a job writing for Weekend Update.   END_OF_DOCUMENT_TOKEN_TO_BE_REPLACED 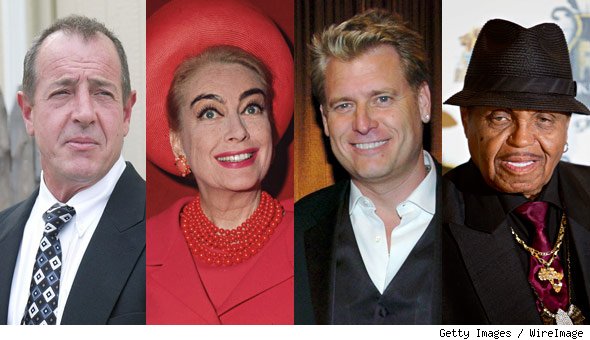 Last week, the blogs were aflutter with the news that Katy Perry’s Evangelical mother is trying to sell a book about her daughter’s sinful lifestyle, and it got us thinking about other parents who have displayed questionable judgment when it comes to their famous offspring. Read on for a roundup of Hollywood’s most notoriously unfit parents, from the Lohans to Joe Jackson.

Dina and Michael Lohan
With role models like these, it’s no wonder Lindsay “Lindsay” Lohan turned to drugs and alcohol just to stay afloat. Michael is the only Lohan who has a longer rap sheet than Lindsay, with charges ranging from insider trading to driving under the influence to attempted assault. And the only thing he does more frequently than talk to the press about Lindsay is booze. Meanwhile, Dina is desperate to be a pseudo-celebrity in her own right, and conceived that god-awful reality show ‘Living Lohan’ as a way to capitalize on her other potential cash cow, daughter Ali. She even invited a crew from ‘Entertainment Tonight’ to film the troubled Lindsay while she was in drug rehab. Parents of the year these two losers aren’t. END_OF_DOCUMENT_TOKEN_TO_BE_REPLACED 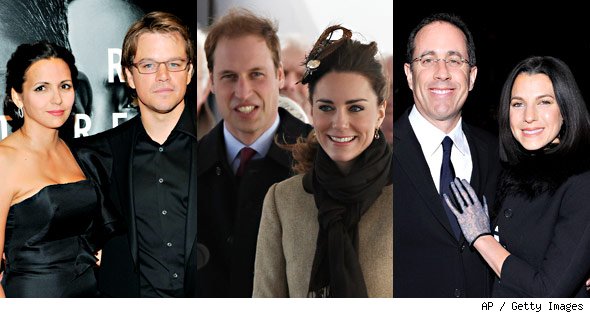 Wouldn’t it be nice if you could enjoy all the benefits of life as a celebrity without actually having to be talented in your own right? Yes it would, and while the majority of celebs stick to their own kind, there are some stars who have opted to settle down with a “normal” person just like you—only much, much better looking. So, simply follow one of these easy paths and you just might succeed in bagging a celebrity mate of your very own. At the very least you’ll walk away with an epic story about why you are legally required to stay 200 feet away from James Franco at all times.

Meet a Famous Person Before They Get Famous
Once a person becomes famous, they may find it super difficult to trust anyone they didn’t know back when they were one of us regular folks. They think everyone is trying to take advantage of them, and usually they’re right. So one tried and true way to bag a celeb is to start dating said celeb before the person hits it big. That way you’ll rope them in before they have a chance to realize they could do better. Case in point: Ron Howard, who is married to his high school sweetheart, Cheryl. Simply treat everyone you meet like they might be a winning lottery ticket and then wait for your numbers to be called. (Note that this approach tends to work best when one of you gets knocked up before getting famous. Just ask Levi Johnston.) END_OF_DOCUMENT_TOKEN_TO_BE_REPLACED 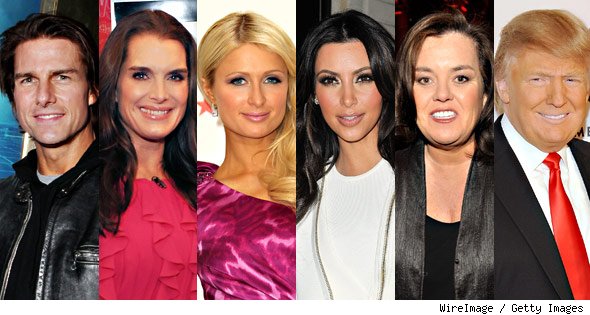 Last week’s ‘Comedy Central Roast of Donald Trump‘ reminded us of that whole bizarre, widely publicized beef between The Donald and Rosie O’Donnell, and it got us reminiscing about all the other high-profile celebrity feuds that have captivated our attention, sometimes for years on end. Here are five of our favorites—from Tom Cruise vs. Brooke Shields to Charlie Sheen vs. The Trolls.

Tom Cruise vs. Brooke Shields*
You know what is totally insane? Scientology. Fact: Scientologists believe that an alien god named Xenu brought billions of his people to Earth 75 million years ago, stacked them around volcanoes and then annihilated them with hydrogen bombs, aided by psychiatrists. And the most famous proponent of the religion that espouses this nonsense is, of course, Tom Cruise. So when he launched a public attack in 2005 against then-new mother Brooke Shields for treating her severe postpartum depression with anti-depressants—claiming that she didn’t understand the “history of psychiatry”—it would have been laughable if it wasn’t so insulting. The ensuing media frenzy sparked one of the biggest celebrity feuds of all time, with both sides engaging in a war that lasted for months, until Cruise eventually gave in and apologized to Shields. He did not, however, retract his statements about the dangers of antidepressants, which he continues to insist are harmful to the body—which is ironic, considering that he’s obviously been dipping into a secret stash of crazy pills for years.

*Note: This version of the Tom Cruise vs. Brooke Shields entry is different from the one that appeared on PopEater, which had to be toned down for fear of incurring the wrath of Cruise and his legal team. END_OF_DOCUMENT_TOKEN_TO_BE_REPLACED