It was a full house Monday evening at Comix where assorted Saturday Night Live writers and players both past and present participated in a comedy event to benefit the striking Writers Guild of America, East. In keeping with the trend of wearing your support for the writers on your face, “strike beards” were in full effect, and the overall mood seemed to indicate that no one expects to return to work anytime soon.  END_OF_DOCUMENT_TOKEN_TO_BE_REPLACED

Ordinarily, the chances of me going out on a Monday night are nil, especially in this brick-ass cold. But with my television withdrawal giving me an increasingly nasty case of the shakes, I took the opportunity to check out last night’s sneak preview of the new season of Human Giant–the best thing to happen to MTV‘s comedy programming (or rather, MTV period) since The State— hosted by the Human Giants themselves.

As any proper night should, this one began with drinks. Various members of the press (editors and writers from Maxim, the NY Post, the Village Voice, ASCAP, Giant and other publications) assembled beforehand at West Chelsea haunt Half King, along with the show’s stars, Rob Huebel, Paul Scheer and Aziz Ansari, before making the troupe to the UCB Theater. END_OF_DOCUMENT_TOKEN_TO_BE_REPLACED

Who needs Jack Bauer when you’ve got… Pittsburgh?

Joining Wahlberg on set was John Leguizamo in the role of  Mr. Wolf, the ringleader of a team of disgruntled Iraq War veterans who decide to rob a bank.

Wahlberg admits that although he is ostensibly playing the role of hero, “You could just as easily not root for [my character]. I think in the end people will,” he says, “but [Wolf and Cali] are two flawed characters, they’re not perfect. It seems like sometimes the choices they make aren’t always great, but at their core they’re both good guys and they make a connection. They’re both fearlessly determined to get their way, and while they respect each other, it’s like a very good chess match. They find that they have a lot in common but they both want to win, they both want to accomplish their goals.”  END_OF_DOCUMENT_TOKEN_TO_BE_REPLACED

It's Always Funny in Philadelphia

The little TV show that could, It’s Always Sunny in Philadelphia returns to FX this summer for a third season. The show–which was picked up in 2005 after a pilot that reportedly cost only $85 to make was submitted to FX under the title It’s Always Sunny on TV–circulates around four friends (two of whom, Dennis and Dee, also happen to be twins) who run Paddy’s, an Irish pub in the City of Brotherly Love. Midget-turned-actor Danny DeVito joined the cast last year in the role of Frank, the twins’ father–or so we were led to believe before it was revealed at the end of last season than he is actually their friend Charlie’s biological father. A bunch of lazy, depraved, egomaniacal liars, these kids are fast becoming our personal heroes, and if you don’t get FX, don’t worry; episodes of It’s Always Sunny are available for download on iTunes.

From a woman rivaled only by Borat when it comes to making jokes about all things taboo comes Comedy Central’s The Sarah Silverman Program. Oddly enough, Sarah Silverman plays a character named Sarah Silverman, and the show focuses around her daily life and the various kooky events and situations in which she finds herself. It may sound like a typical sitcom, but if you’re familiar with the comedic stylings of Ms. Silverman then you know this is no Friends rehash. In the premiere episode, Sarah has a run-in with the police after she ingests too much cough syrup and then proceeds to park her car in the middle of a playground. As in her full-length film, Jesus is Magic, Sarah takes every opportunity to incorporate songs with off-color lyrics into the show, and also shares the screen with some of the funniest people in the world of comedy today, most notably Brian Posehn, who plays one of Sarah’s gay neighbors. Whether she’s reading aloud from The Diary of Anne Frank for the talent portion of a children’s beauty contest, or taking in a homeless man, we love The Sarah Silverman Program, and if you have any sense of humor whatsoever, you will, too.
WWW.COMEDYCENTRAL.COM

After 15 years of struggling to make it in the music biz, Lukas Rossi is finally a household name – at least in Canada. But for the rest of us, Lukas (a Toronto native) was the winner of Rock Star: Supernova, a CBS reality show in which hopeful rockers vied to become the lead singer of a new “supergroup.” Also called Supernova, the band consists of guitarist Gilby Clarke (formerly of Guns N’ Roses), Metallica’s Jason Newsted on bass, and drummer Tommy Lee, best known for his work with both Mötley Crüe and Pamela Anderson. END_OF_DOCUMENT_TOKEN_TO_BE_REPLACED 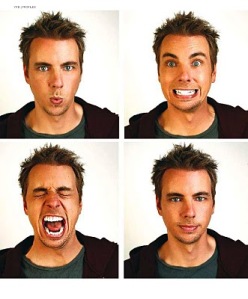 “I feel like the Jude Law of comedy this fall. Prepare to get Daxed-out,” says actor Dax Shepard, who stars in three movies this year – Employee of the Month, Idiocracy and Let’s Go To Prison – all released between Labor Day and Thanksgiving.

Dax is perhaps best known for his role as a field agent on the first season of MTV’s celebrity prank series, Punk’d, but how does a dude with a degree in Anthropology from UCLA wind up getting paid to make Justin Timberlake cry on national television? END_OF_DOCUMENT_TOKEN_TO_BE_REPLACED

He arrives at Universal Motown’s artists lounge rocking dark denim, a gray hoodie and a N.Y. Yankee’s hat and jacket – never mind that he’s from the Left Coast. Ever the dignified baller, he doesn’t seem to be a man of excess. Today, at least, he wears only two pieces of bling – an iced out watch and a relatively modest gold chain – and it’s all he needs. He is, after all, Nick Cannon, and at just 25-years-old, he has already conquered the worlds of stand-up comedy, television, film, music and even fashion, after he “kinda’ just purchased” the PNB clothing line. It’s enough to make even the most ambitious among us feel like slackers. It seems that anything you can do, Nick Cannon can do better, and he probably already has. END_OF_DOCUMENT_TOKEN_TO_BE_REPLACED

Best known for his work in The Jamie Kennedy Experiment, the Scream movies and Malibu’s Most Wanted, actor Jamie Kennedy is now trying to add Professional Rapper to his resume. In his new reality show, Blowin’ Up (which premieres May 16 on MTV), Kennedy and friend Stu Stone (a.k.a., “Stu the Jew”) will try to convince everyone – from veteran members of the hip-hop community to Jamie’s agents and even his parents – that they have what it takes to be rappers. I sat down with Jamie to discuss Blowin’ Up and his quest to get a record deal and release a “quadruple triple platinum album.”  END_OF_DOCUMENT_TOKEN_TO_BE_REPLACED 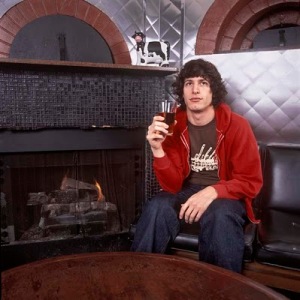 Ever since Jimmy Fallon and Will Ferrell bade farewell to Saturday Night Live, the weekly sketch comedy show has been driven by veteran cast members like Darrell Hammond, Tina Fey, Chris Parnell and Amy Poehler. But with the remarkable success of the SNL Digital Short “Lazy Sunday,” which aired last December, a rookie cast member has been catapulted into the spotlight: Andy Samberg, 27.

Unless you’ve been in a coma for the last few months, you’ve probably seen the two-and-a-half minute rap video, which follows Samberg and Chris Parnell as they quench their “snack-attacks” with pink frosted cupcakes from New York’s famed Magnolia Bakery, load a backpack with Mr. Pibb and Red Vines purchased with less-than-crisp $10 bills at the local deli, and cab it to the Upper West Side to catch an afternoon showing of The Chronicles of Narnia.  END_OF_DOCUMENT_TOKEN_TO_BE_REPLACED